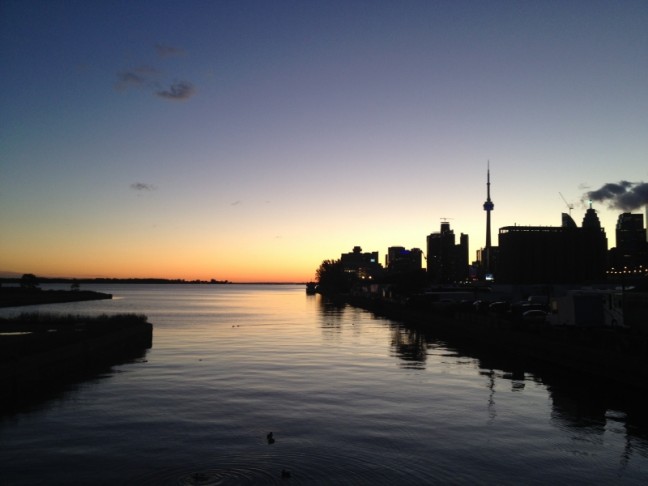 Life is a journey where the last five years have been packed with meeting many smart people, learning new things and self-reflection.

Think back to any five year period in your life or career. Could you have predicted where you would be today? Think back ten years, and we realize how unpredictable our life journeys can be. For the curious, ADHD helps!

Opencity Inc started five years ago this month. We have been to the Rio Olympics, presented at INBOUND in Boston on video marketing. Hacked antimicrobial resistance in Stockholm with the Canadian Institute of Health Research and Hacking Health Foundation. We have written hundreds of blog posts during that time, posted thousands of tweets, and written a book chapter. I could not have envisaged that within five years Opencity would engage ten specialist freelancers to raise the standard and capability of our work.

Location matters. This is the mantra of real-estate. As Opencity Inc began, I moved to Kitchener-Waterloo. I had no comprehension of the significance of this move; it was more coincidental than planned. I knew RIM Park was in Waterloo, although I had failed to question why RIM, later Blackberry was in Waterloo.

I had never planned to mentor startups/scaleups. That is something I had never foreseen on my horizon, albeit Opencity is my fourth startup. The first when I was aged seventeen and including Milton Transitional Housing. Through a chance invitation to a Hacking Health Waterloo cafe in early 2016, I have become sucked into the whole health tech ecosystem. Surrounded by so many astonishingly bright people. It has been wonderful to represent Hacking Health and support Waterloo Medtech, Hack4Health, Medical Innovation Xchange, Digital Trade School, True North and others.

Hacking refers to the philosophy of bringing a diverse spectrum of people together to solve a problem through creation. Hackathons by their nature tend to be competitive weekend run events, yet the underlying principles can be applied in various settings. The Hacking AMR project brought together participants from all over the world. This prompted pioneering new practices in using Vidyard to share a series of briefing videos in advance and using Zoom to allow remote mentoring. The Hacking Health Foundation has facilitated collaboration with so many smart entrepreneurial people. The work with St. Lawrence College not only developed relationships with the college communities, yet prompted new collaboration among college faculty.

Over the last five years, I have tried to reflect on each project to describe the key lessons learned. It is a homage to Steve Howard at Lloydspharmacy, who started me on a learning book idea. Thanks Steve.

As a cofounder of Milton Transitional Housing, I have possessed a strong social responsibility for many years. In the days before Opencity Inc started, I had toyed with the idea of a social enterprise. I applaud the work of Scott Harrison at charity:water, Dave Dryden at Sleeping Children Around the World (SCAW) and Brian Carney at Blue Sea Foundation. I am fortunate enough to get to know some of them and admire the work they do. I am pleased that Milton Transitional Housing is still going strong. As a new startup, it didn’t seem feasible to donate money, so I undertook to use journalistic skills to publish Charity Spotlight features. Seventy Charity Spotlight features later I am just as committed. These were never intended as one-off features and we would be honoured to do a follow-up podcast episode.

NOMINATE OUR NEXT CHARITY SPOTLIGHT FEATURE OR PODCAST INTERVIEW

Adapting to our new reality

We have been so fortunate through 2020. The skills unknowingly we have mastered in the years leading up to it with moderating Community of Practice sessions and leadership calls through Zoom and using Vidyard, prepared us well to adapt to a new reality without skipping a beat.

Working with O2 Industries Inc this year on regulatory submissions for the O2 Curve, an innovative product for breathing clean air, I learned more about myself. The connection between all the projects I have done through my corporate career or Opencity Inc is that that most projects are a first for the company or me. It is appealing and intellectually stimulating to take on a project on a new subject and figure it. Each project is new. I have come to understand being motivated to tackle something and figure it out as you go is a trait in itself. It is no coincidence that I have had four startups and ADHD. I become involved in projects either because they are not working, have stalled or needed new energy.

Thank you Roland Renyi of Opencity Ltd. My dear friend who has been a role model for twenty years. In almost any situation I think, “What would Roland do?” Thank you for entrusting the Opencity brand with me.

Thanks to the 30+ companies that have entrusted us with work on behalf of your brand and the 70 charities who have allowed us to promote their work. Fear of failure holds many of us back from following a dream. I am glad I made the plunge into a consultancy startup. Jon Moss, Pink and others help prove that using tools such as FreeAgent allows the perceived stress of bookkeeping to be easy.

The featured image of Toronto itself was a random moment of being in the right place at the right time, walking over a bridge in Toronto to attend a Cirque du Soleil show.

Where will you be 5 years from now, and where will hacking Opencity Inc take us. Good luck.