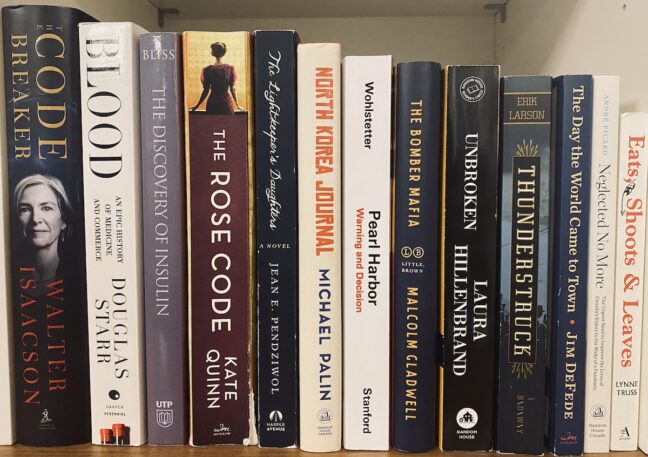 Our annual delve back into the books we have read in the last 12 months.

A trip around the world of geography and science. Several threads run through our collections of books. Our ranking is subjective; albeit based on us telling others that you must read this book or that. The books cover categories that include health, innovation, world history, geography, and words. 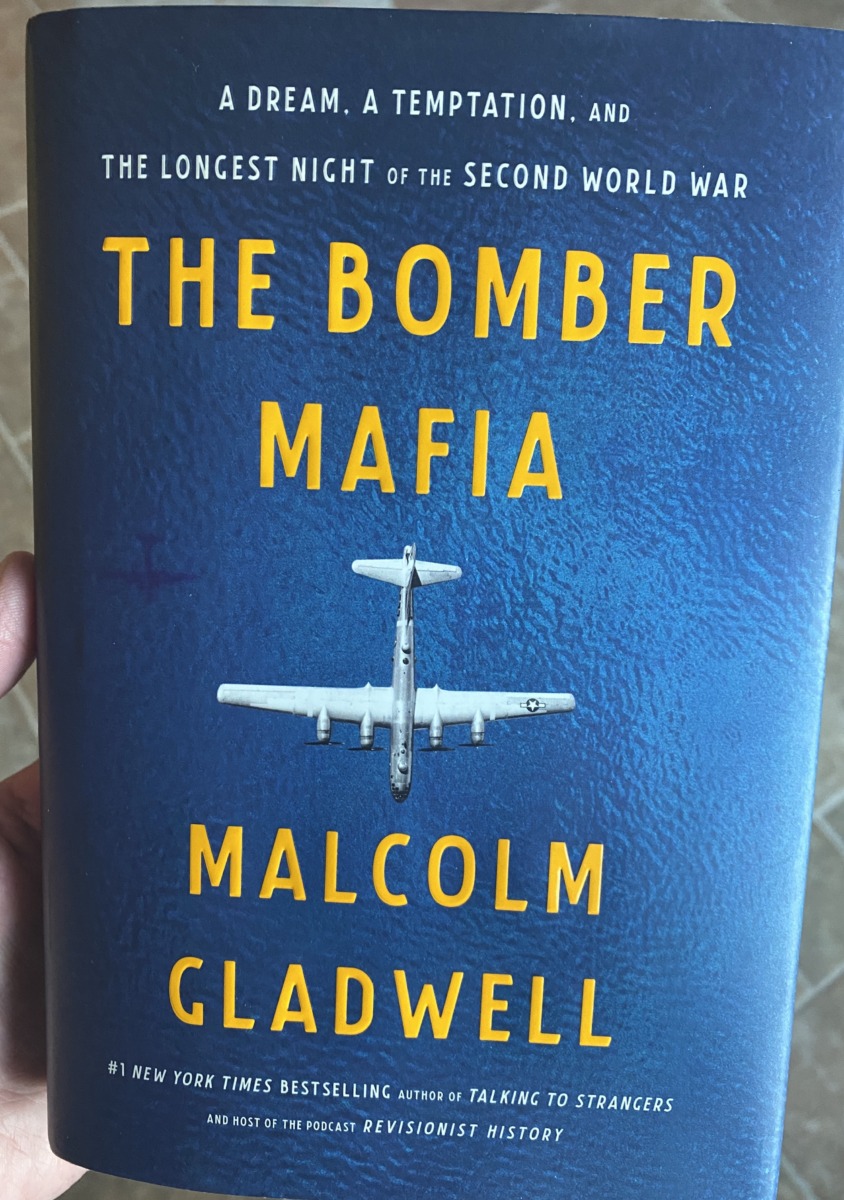 The Bomber Mafia by Malcolm Gladwell

One of few books* that have ever changed my perspective of world history. While you learn something in every book you read there are few who change your view forever. I want you to read this book, so will avoid giving too much away. While a minor reference in the book, the recognition that the earth has rotated in the 30 seconds it would take a bomb to drop from 30,000 feet had never occurred to me before. We learn the origin of the term jet stream. The book is again meticulously researched, Gladwell’s storytelling is vivid and legendary in bringing characters to life.

According to Gladwell, it is the only one of his fabulous books to have been a podcast episode first and later evolved into a book. I can’t recommend The Bomber Mafia book and podcast enough. The Bomber Mafia led me down a path of reading others books that intersected with it, including the 1962 book Pearl Harbour: Warning and Decision by Roberta Wohlstetter, recommended by Gladwell.

*Note. The 2018 six-part Waco miniseries had the same effect. 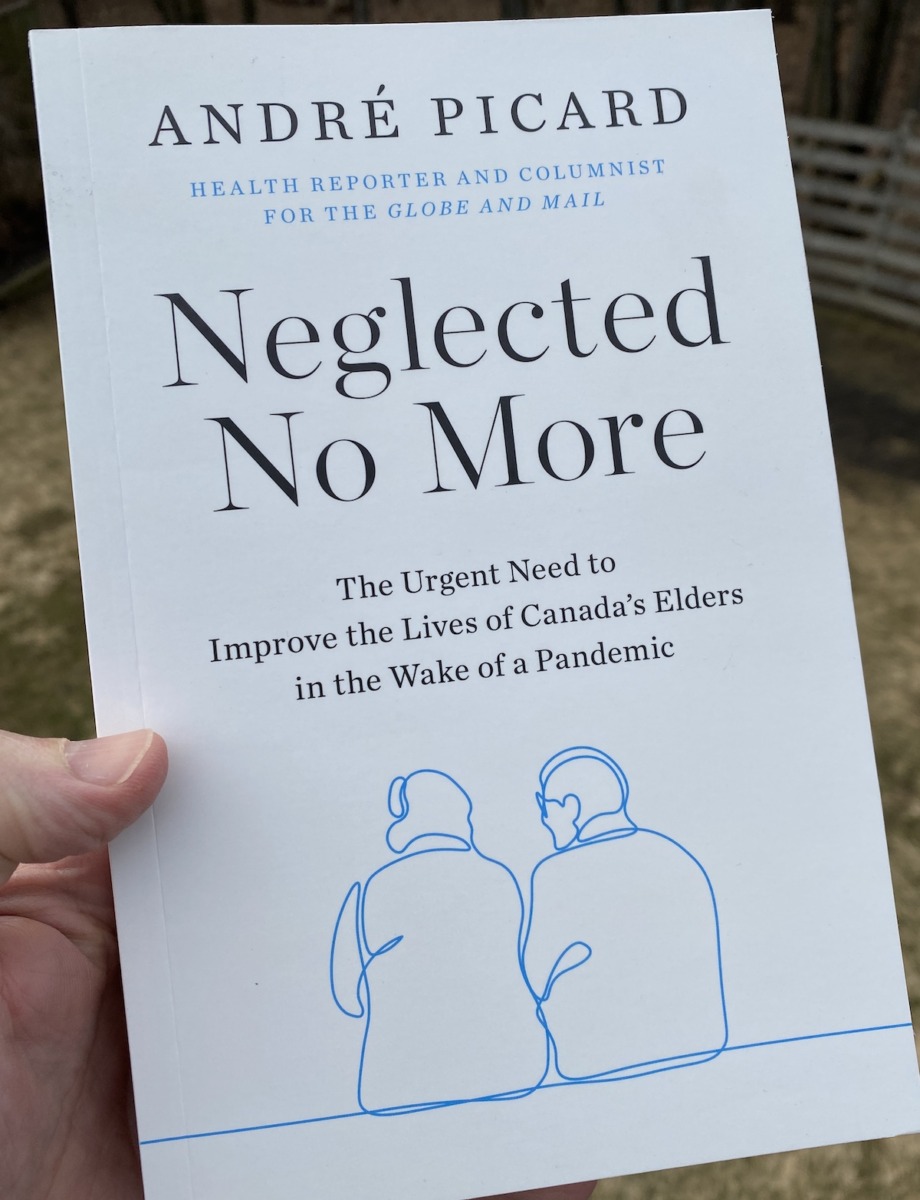 Neglected No More by André Picard

The shortest book of the year at 200 pages, yet one of the most profound. Picard’s years of journalism following Canadian health policy enabled him to publish the book at the beginning of 2021. Like Seven Fallen Feathers, every Canadian should read this book. His influence has been rightfully noted and applauded with a plethora of accolades and awards.

Neglected No More chronicles the failures of our Canadian health care system as COVID-19 took a grip causing neglect, loneliness, and death across long-term care facilities in Quebec and Ontario. We should be shocked to our core and vote to hold our governments to account. It reminds me of the book Being Mortal by Atal Gawande, which equally should cause us to question whether long-term care is where we  should wish our loved ones to end their lives. Forward-thinking governments, like The Netherlands, are reducing the number of long-term beds through investments in home care. It is not inevitable that we must build more and more and more long-term care facilities.

We too applaud André Picard: now read the book and share with others. 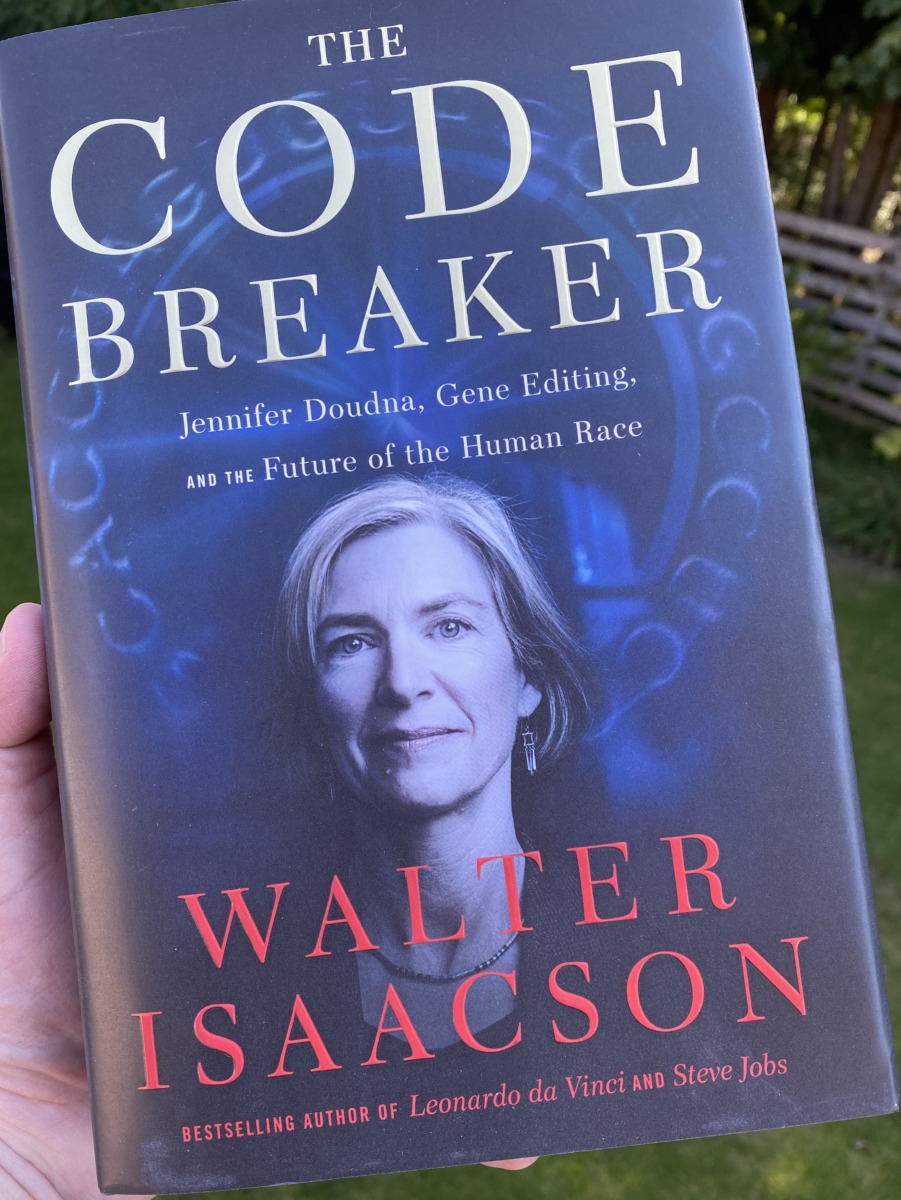 The Code Breaker by Walter Isaacson

A fascinating exploration into the new biotechnology resolution. The book understandably draws many parallels to the computer revolution of the 1970s. If you were guiding a young person towards a career path or field of study, this should firmly be under consideration. The book introduces us to clustered regularly interspaced short palindromic repeats, otherwise known as CRISPR. Like all scientific discoveries, it has evolved through fierce competition, rivalry and collaboration over a 40-year span. A clear head is needed to comprehend this book. Part nine of the book bridges how these scientific advances became immediately in our consciousness as the coronaviris pandemic emerged.

We have CRISPR People: The Science and Ethics of Editing Humans by Henry Greely next on our reading pile.

The Day the World Came to Town 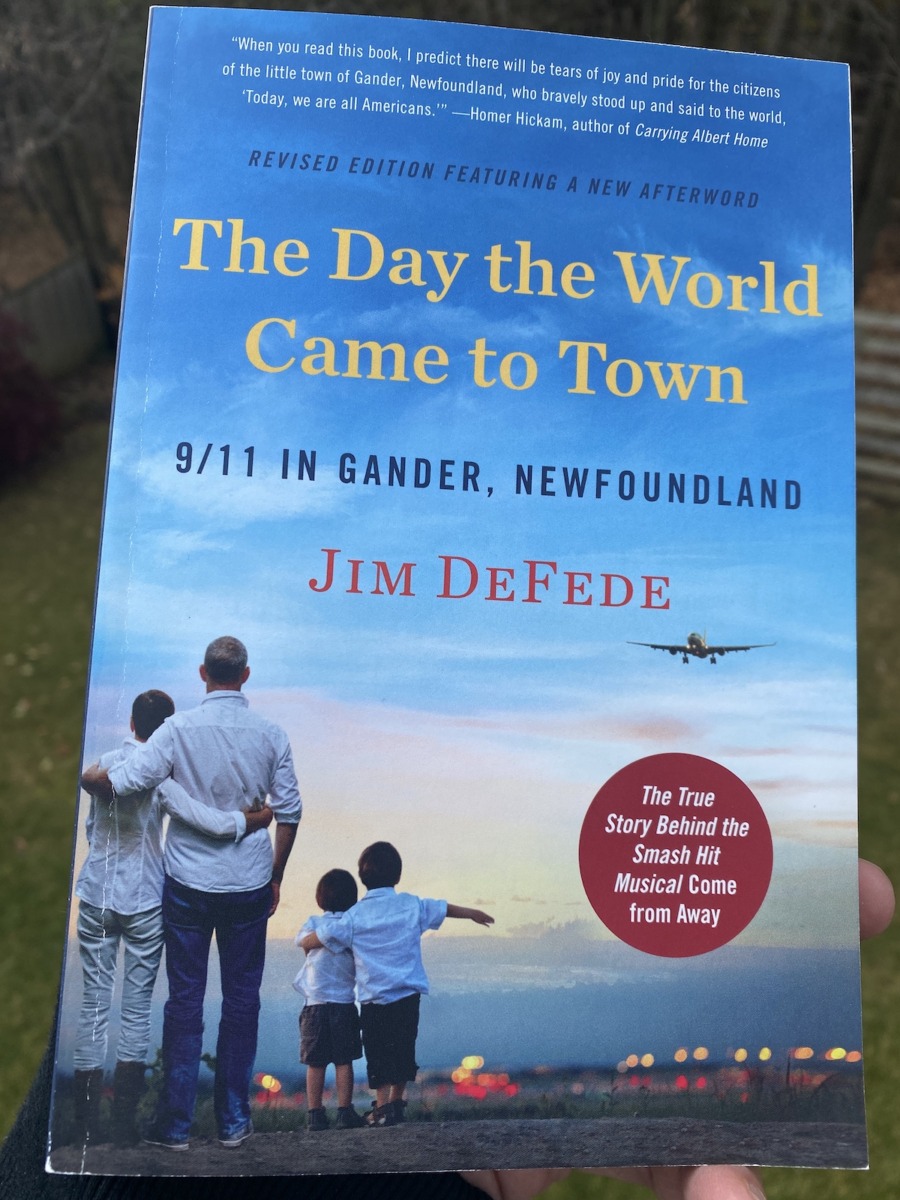 The Day the World Came to Town by Jim DeFede

This is a genuinely wonderful book showing the inordinate ability of humans to show love for strangers. It tells of the day when 38 planes were forced to land in Gander, Newfoundland on 9/11. Again, this book made me think. Things that had never occurred to me before. How do you deal with pets in transit on all these planes? How do you care for infants and children? What about those with immigration documents to US destinations? The lengths that people went to and friendships that arose are truly moving.

My wife and I were booked to see the Come From Away stage play at the Royal Alexander Theatre in Toronto. Sadly, the production was cancelled. I am now in pain for those associated with this show. Ed Mirvish called upon government for greater support for the arts. 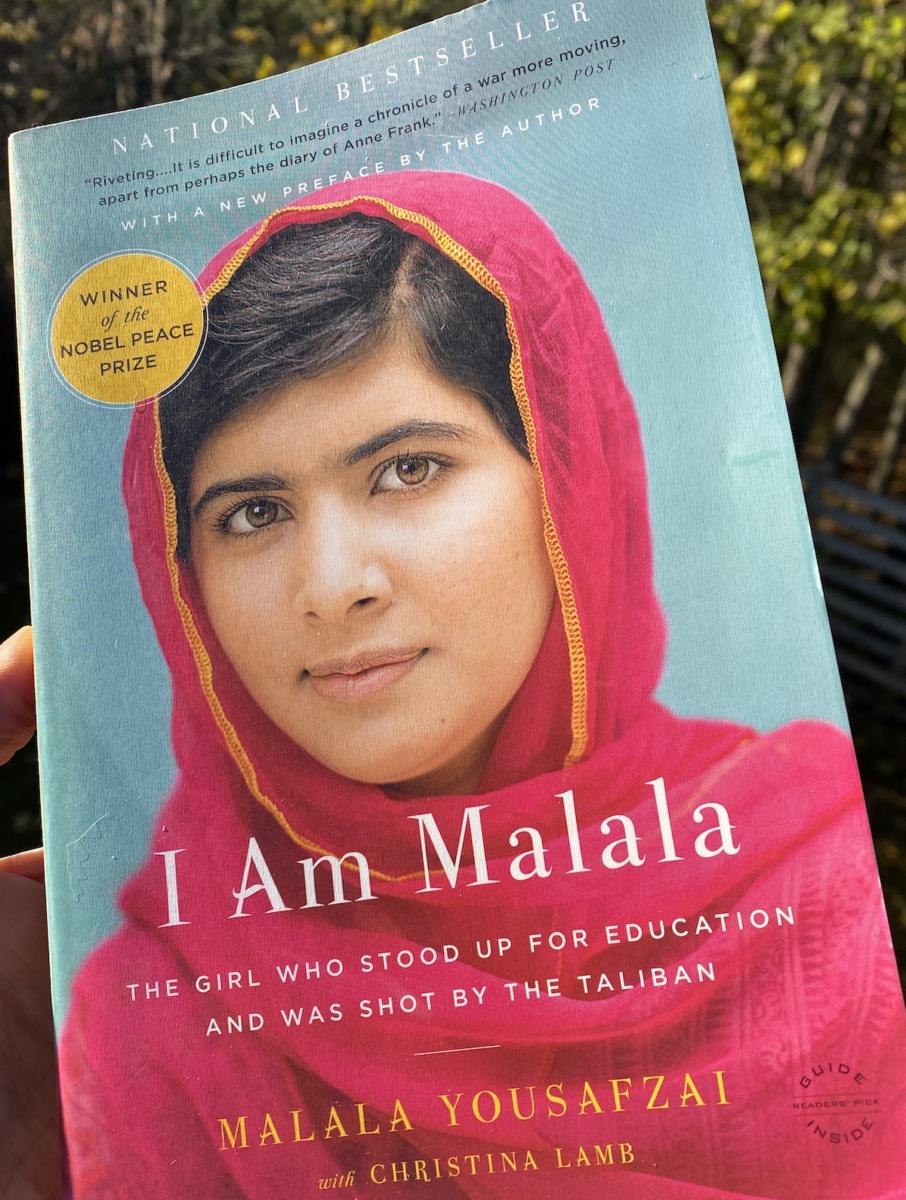 I Am Malala: The Girl Who Stood Up For Education And Was Shot By The Taliban by Malala Yousafzai

My only regret is that I had not read it sooner. Like Zlata’s Diary (1992) or The Diary of Anne Frank (1952). I have encouraged others to read it too and support Malala Fund. This book was astonishingly well written. The collaboration with journalist Christina Lamb added context and colour to this riveting book. After Malala was shot, she was transported to Queen Elizabeth Hospital in Birmingham, England, which sits alongside The University of Birmingham, where I did my undergraduate. Recognizing the culture shock of being in Pakistan one day and then England added to the connection with this powerful story. You must read this book, which brings the Swat Valley to life. It reminds me again how as a western society, we have often been embroiled in parts of the world and created arbitrary lines on world maps to create country boundaries. One could say many of the world’s problems are of our own making. This was eloquently discussed in the Prisoners of Geography by Tim Marshall. We reviewed that here in 2017 and I now have his follow-up book, The Power of Geography, to read next.

It is evident from the book that Malala was destined for great things long before the Taliban shot her. She is already an influential leader. There is a young readers version of I Am Malala too. 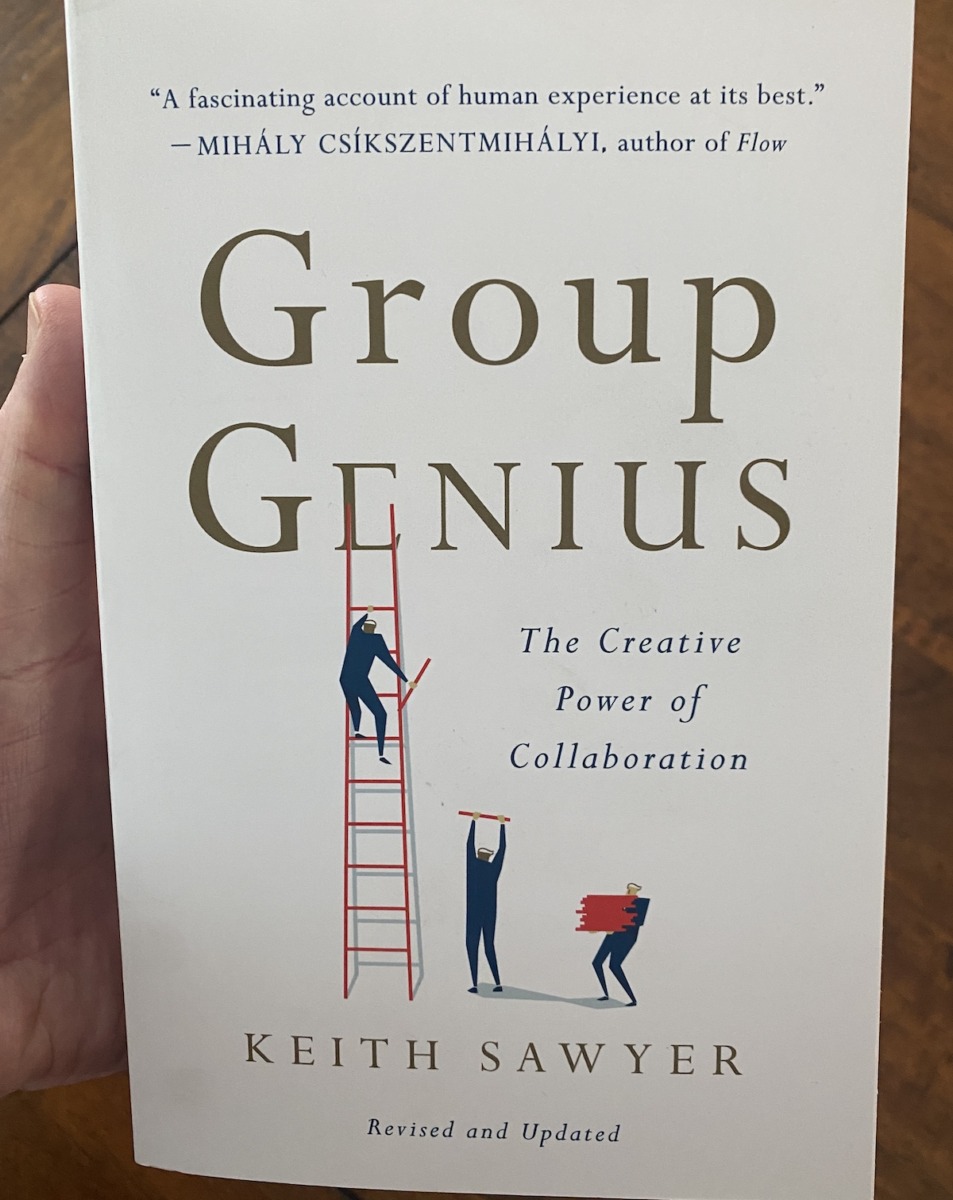 Group Genius: The Creative Power of Collaboration by Keith Sawyer

This terrific book has featured in many of our recommendations to college students and startup entrepreneurs. It intersected with many others books read this year discussing innovation, including The Code Breaker described above, plus The Discovery of Insulin by Michael Bliss and Blood by Douglas Starr. In every instance, the legend of the lone creator of discoveries is a myth. Creativity and innovation are always built upon collaboration and step-by-step increments. This has always been the case in our medical writing projects and the crus of the Hacking Health Foundation philosophy of cocreation through diverse networks. 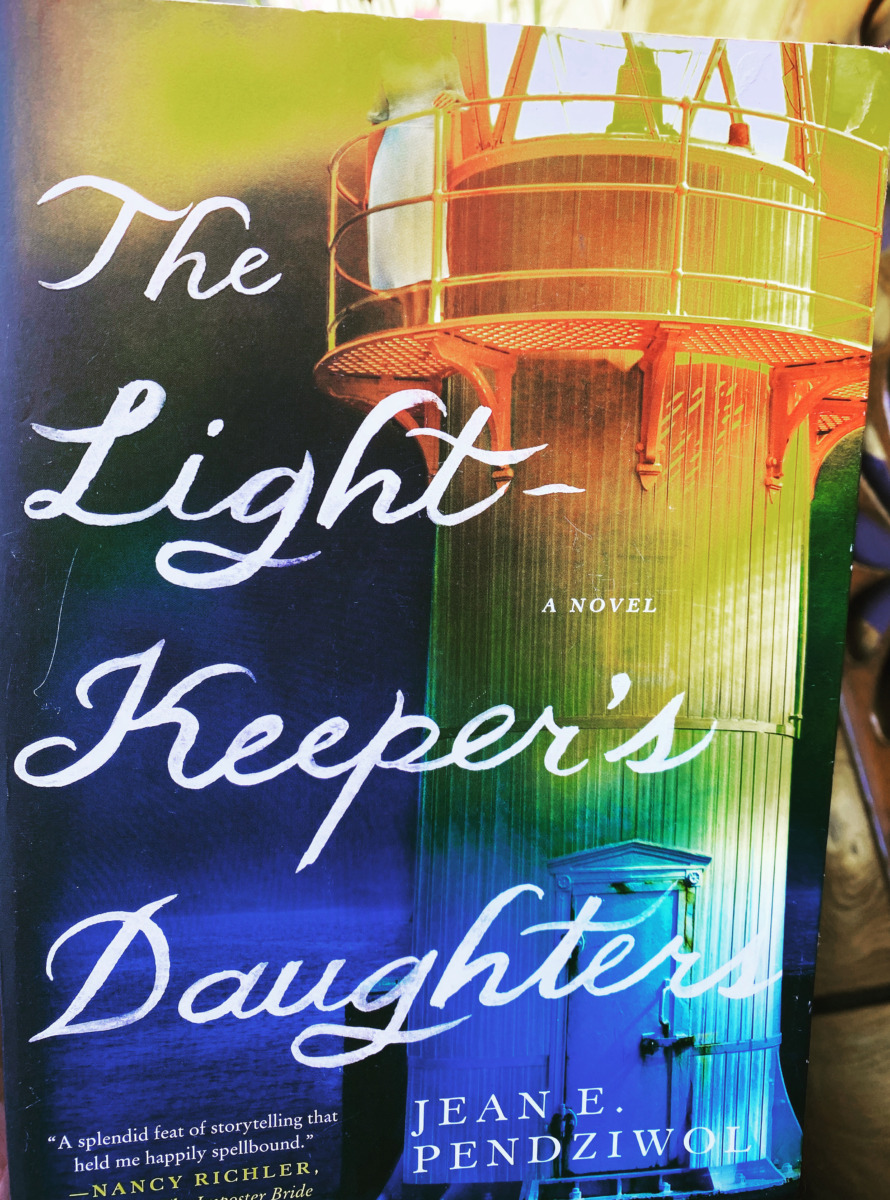 From Arthur Ransome’s 1930 book Swallows and Amazons, I have had a lifelong love for books about bodies of water. 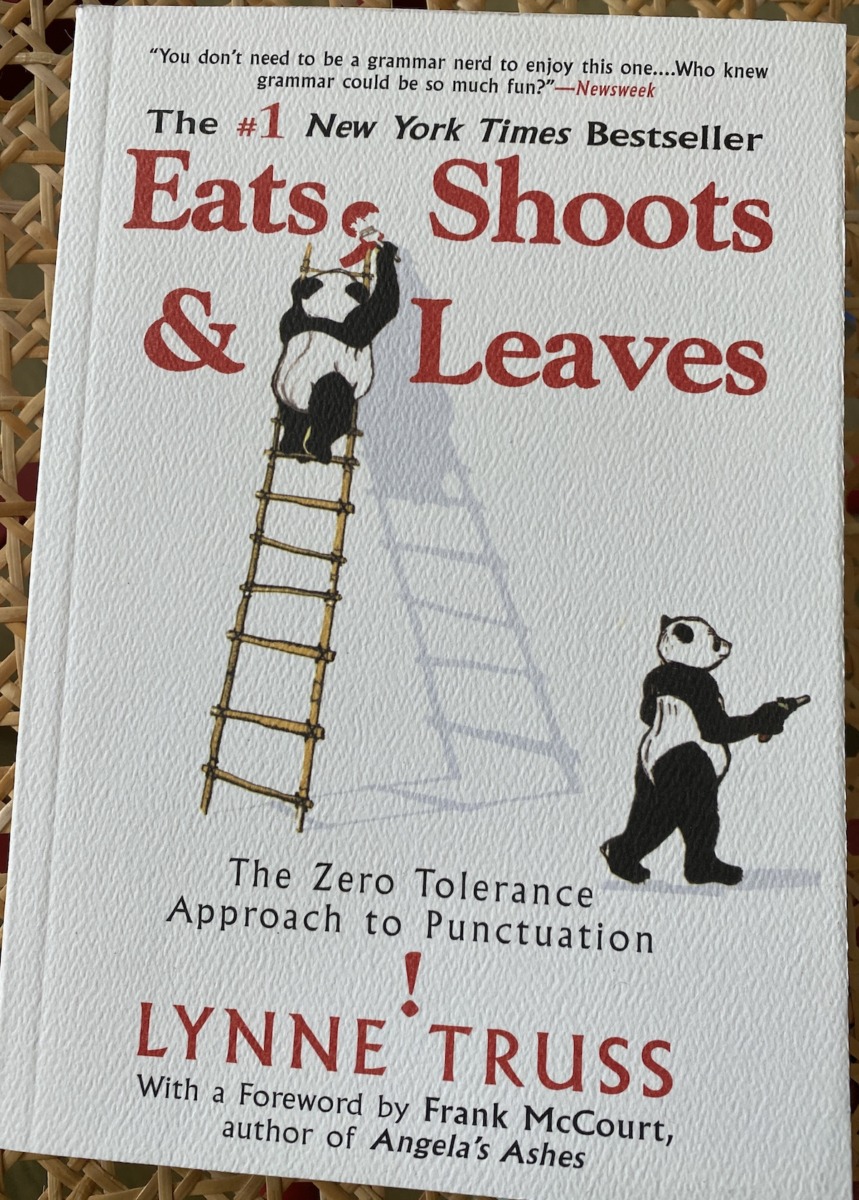 “A panda walks into a café. He orders a sandwich, eats it, and then draws a gun and fires two shots in the air … So punctuation really does matter, even if it only occasionally a matter of life and death.”

Beyond the grammar tips, I found it a curious history lesson in how some of our punctuation came about and when. Truss recounts the story of writer James Thurber and editor Harold Ross in the 1930s, almost brawling at the New Yorker over the niceties of the comma.

It was recommended by Susan Chase at Perry Group Consulting. Thank you. Suprised I had never heard of it before. I quickly consumed this book and then The best punctuation book, period. by June Casagrande. Such a thrilling life I lead! Seriously, I would recommend both.

While on the subject of grammar, technology has come to our aid. We use Grammarly, PerfectIt and Hemingway Editor multiple times on almost everything we write. 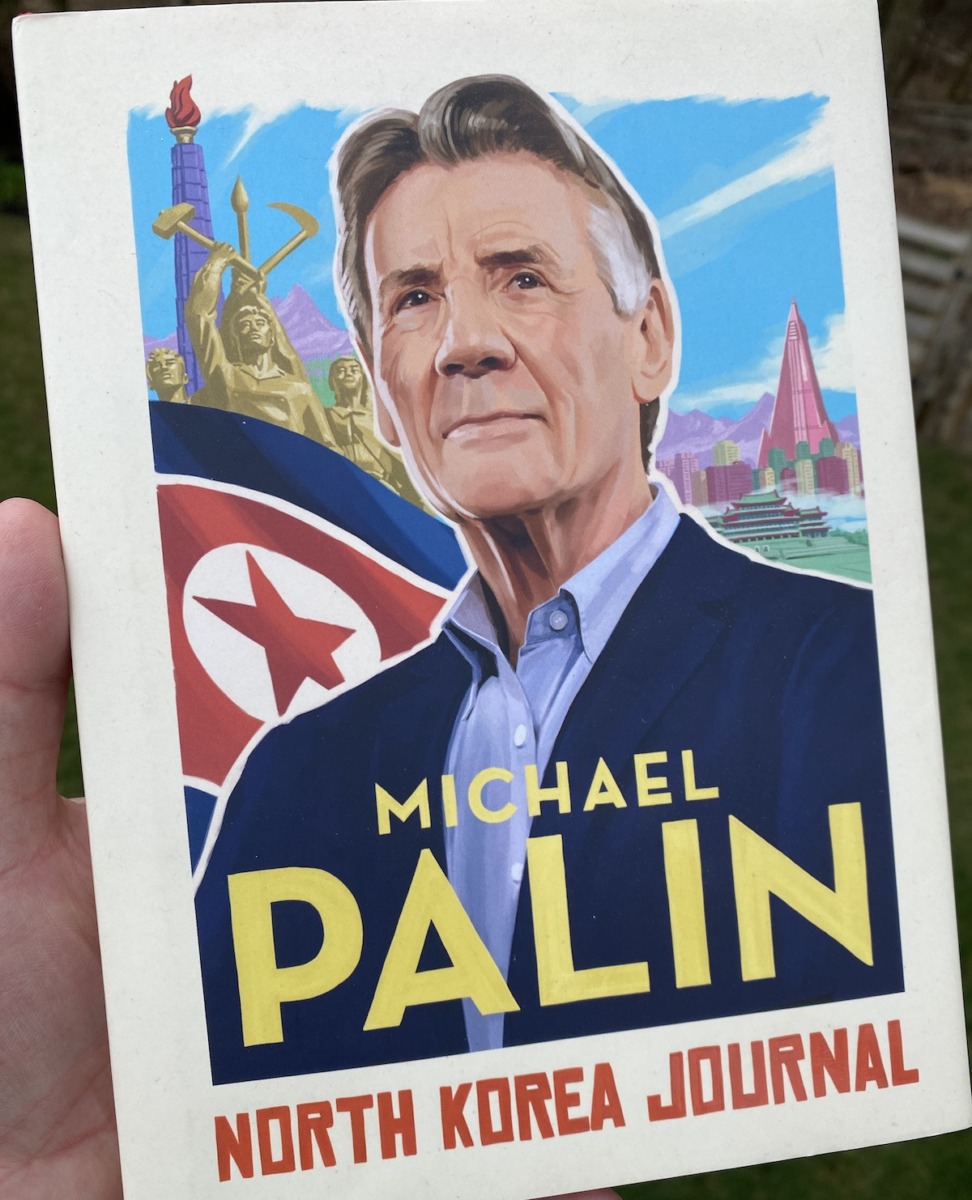 I have followed the travel writings of Michael Palin since Pole to Pole back in 1992. This was another engrossing read about a hidden culture and nicely illustrated. Yet, at the end of the book we are reminded that the citizens of this country love their children and families in ways no different than our own. They value work, leisure, food, sport and appreciate the outdoors as we do. We are more alike than we recognize. 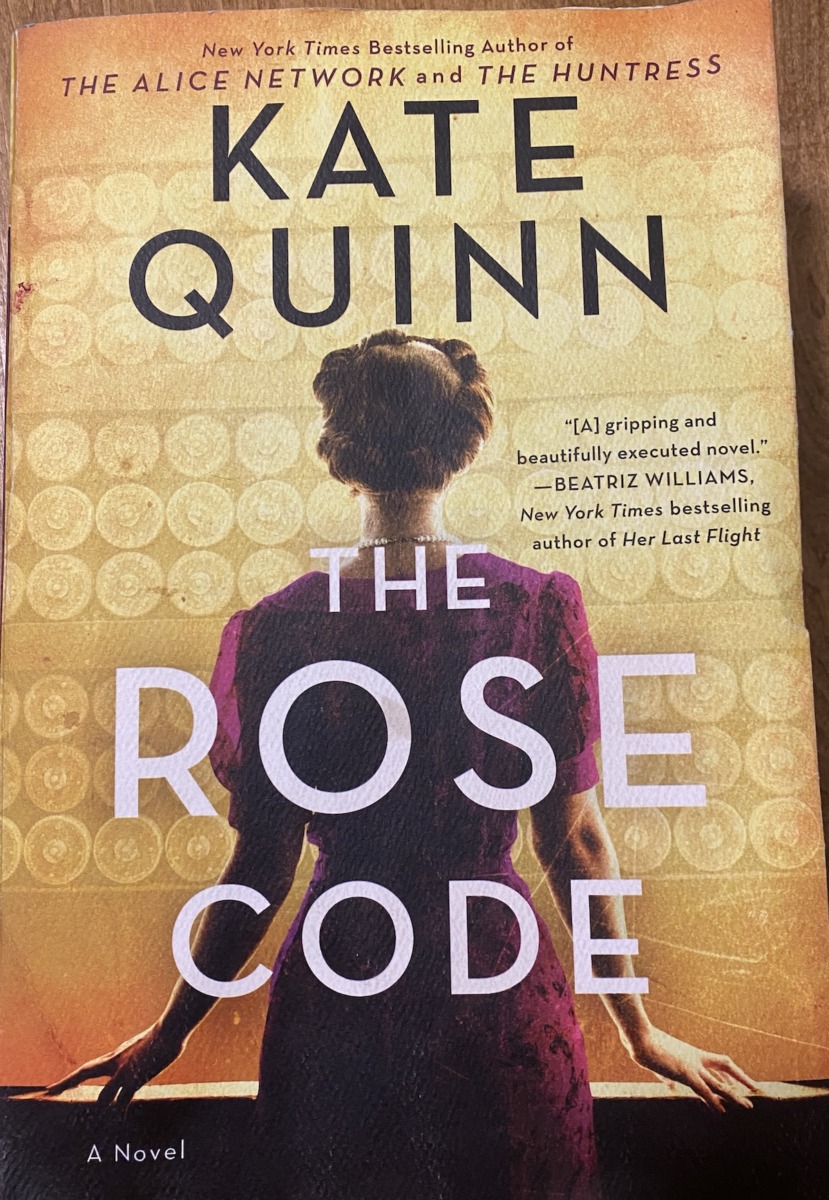 The Rose Code by Kate Quinn

Historical fiction about breaking the Enigma code. The book intersected with stories of The Bomber Mafia, Unbroken by Laura Hillenbrand, Pearl Harbour, and The Splendid and the Vile: reviewed last year. And of course, The Code Breaker about CRISPR can also trace its way back to Alan Turing. It motivates me both to visit the Bletchley Park museum and watch the 2014 film The Imitation Game again

We hope these books help make you better informed. More than anything, these wonderful books took us to different parts of the world we have never visited, Gander, Pearl Harbor, Tokyo, Swat Valley, Thunder Bay, North Korea, Bletchley Park and more. They also echo the fact that innovation is an ongoing process of collaboration and incremental hypotheses over decades. Both provide stark evidence of our desire to build silos, boundaries, or walls and to claim breakthroughs and advances as our own. We should learn from history.