Raising the Roof is a great example of a non-profit driving the conversation on homelessness across Canada.

Raising the Roof prides itself on providing long-term solutions to homelessness across multiple Canadian cities.

Raising the Roof was launched in 1996 by members of the Canadian Non-Profit Housing Foundation. The goal was to create a national charity dedicated to finding long-term solutions to homelessness. The now popular Toque Campaign was launched the following year.

Now in its 19th year, the annual Toque Campaign has supported over 180 community agencies across Canada, raising $7 million to date in support of long-term solutions to homelessness. 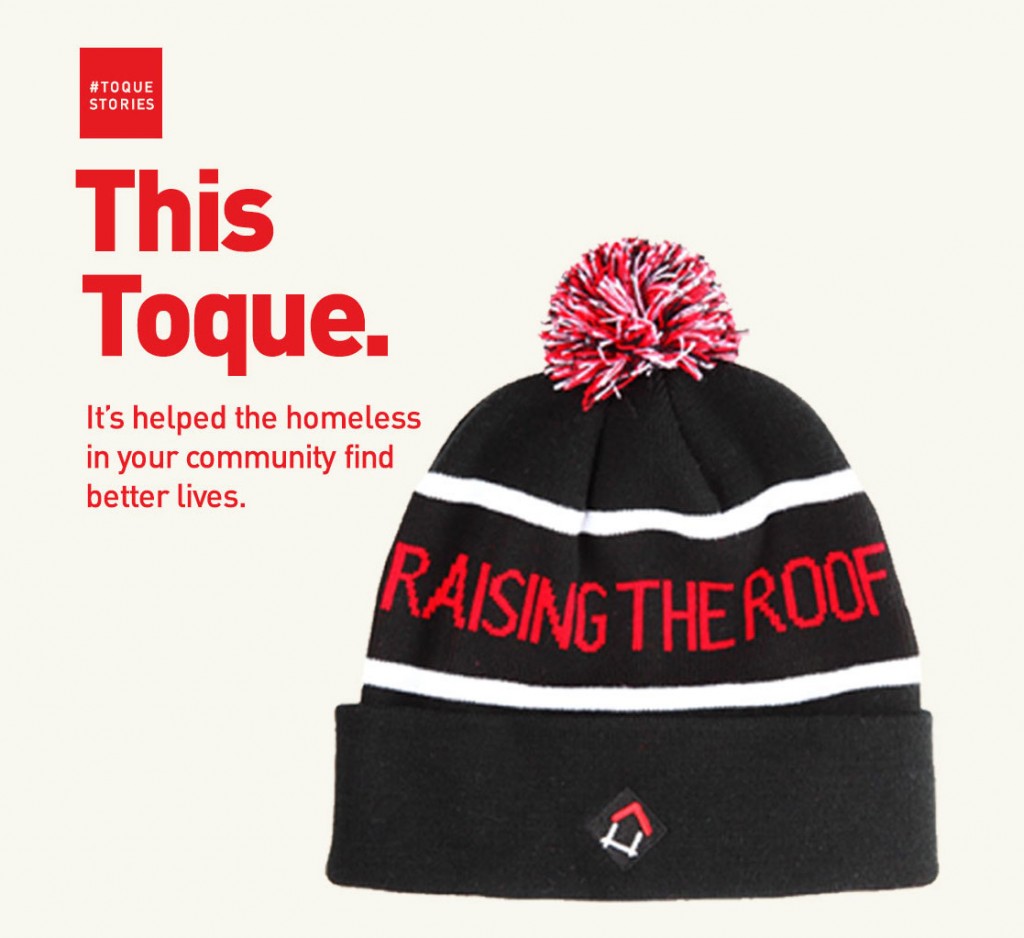 “The only thing more Canadian than a toque is the generosity of our people who understand that homelessness is unacceptable, and a problem that can be solved.”

We hope you will join us in buying and proudly wearing a Toque to show your support. After you buy your toque post a #ToqueSelfie with your #rtrtoque!

You can see the upcoming Toque events here including Toque Tuesday in Toronto on February 2.

The State of Homelessness in Canada

Board President of Raising the Roof is Stephen Gaetz, who is director of the Canadian Observatory on Homelessness and lead author of The State of Homelessness in Canada:2014.

“In 2013, Raising the Roof committed to a three-year Child and Family Homelessness Initiative in order to address an issue that has received surprisingly little national attention.”

Early in 2015, they also released Beyond Housing First: A Holistic Response to Family Homelessness in Canada. This was the second report released as part of the Child and Family Homelessness Initiative,  aimed at helping families with children, one of the fastest growing segments of Canada’s estimated 235,000 homeless.

Raising the Roof provides national leadership on long-term solutions to homelessness through partnership and collaboration with diverse stakeholders, investment in local communities, and public education. To accomplish this goal, they focus on three distinct approaches: Prevention, Systems Response, and Early Intervention. Their Annual Report 2014/15 can be seen here.

Raising the Roof can be easily found across social media channels, where they are particularly active on Twitter, with a great YouTube Channel complementing their good website.