I have long admired the sterling work of Diabetes UK in engaging their members in advocacy to raise awareness and funds.

As the quote below emphasizes, members (or customers for that matter) have a pivotal role as ambassadors, advocates and promoters of your cause and brand. Diabetes UK has been very effective creating a voice.

You can learn more about the work of Diabetes UK by watching their video here. “We care for, connect with and campaign alongside and on behalf of all people affected by and at risk of diabetes.”

Walk in the Park – Walk for Diabetes 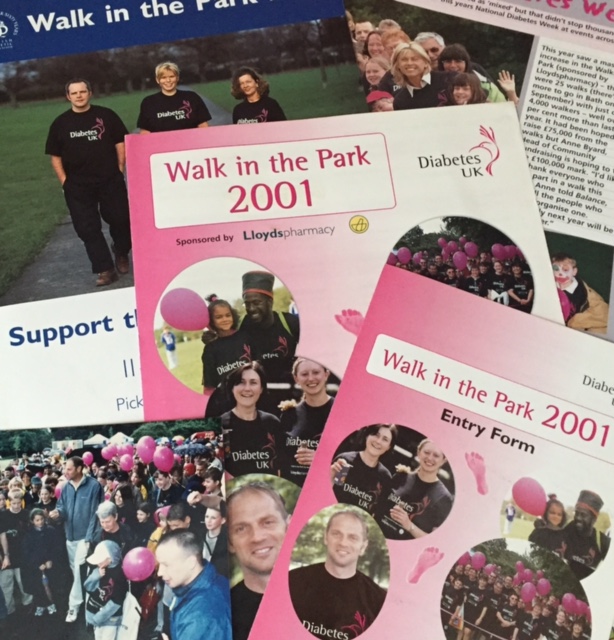 Throughout a career in healthcare, diabetes has been that red thread. I was very fortuitous to have worked closely with Anne Byard, Head of Community Fundraising Director and her team at Diabetes UK in the formation of the Walk in the Park events in the very early years. I was Professional Services Marketing Manager at Lloydspharmacy at the time.  I am delighted to learn how these evolved to encompass a spectrum of Diabetes UK fundraising events in which to get involved.

As Diabetes UK evolved in 1999-2000 from what had previously been the British Diabetic Association it really excelled at developing a member advocacy program. It also engaged very high profile stars such as Sir Steve Redgrave, Sharron Davies, Colin Dexter, Tara Morgan, Saeed Jaffrey, Simon Biagi, Mairi Wilson and many others to drive even higher levels of public awareness through strong media attention.

There is a great deal many of us can learn from the tremendous example and work of Diabetes UK.

Final word. I was sad to hear that actor Saeed Jaffrey OBE passed away this month. He was one of the active supporters and walkers for Diabetes UK. He gave me a signed copy of his autobiography.